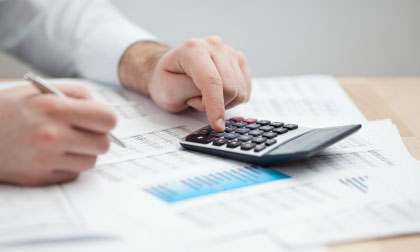 An employee working in Norway must pay tax in Norway on income and taxable benefits received for this work.

The employees liability to pay tax in Norway on other income than income earned from working in Norway or received from Norwegian sources, will depend on whether the employee is considered a tax resident here.

Exemption from the obligation to pay tax

This obligation to pay tax in Norway may be limited by a tax treaty between Norway and the employee’s home country. This is may be the situation if the work is performed on behalf of a foreign employer who does not have a PE in Norway. The foreign employer will however still be obligated to report the income to Norwegian authorities  even though tax is not payable.

The employee is then considered a tax resident in Norway in the calendar year the stay exceeds 183 or 270 days.

Tax liability in Norway and the employee’s home country

When the foreign employee is a tax resident due to the duration of the stay as mentioned above a double taxation situation will (also) arise for other income such as capital income.

If the employee is a tax resident in Norway pursuant to both Norwegian tax rules and a double tax treaty, the employee will pay tax in Norway on all capital and income and also wealth.

Information about whether there is a tax treaty between Norway and your home country and its significance to your liability to pay tax in Norway is available from the tax office and you may contact our office for interpretation of the consequences.

READ MORE ABOUT TAX AND LEGAL ISSUES IN NORWAY ON www.malmlaw.no

UA-35710623-1
This website uses cookies to improve your experience. We use cookies to provide social media features and to analyze our traffic. We also share information about your use of our site with our social media, advertising and analytics partners who may combine it with other information that you’ve provided to them or that they’ve collected from your use of their services. You consent to our cookies if you continue to use our website. We'll assume you're ok with this, but you can opt-out if you wish.Accept Read More
Privacy & Cookies Policy

Any cookies that may not be particularly necessary for the website to function and is used specifically to collect user personal data via analytics, ads, other embedded contents are termed as non-necessary cookies. It is mandatory to procure user consent prior to running these cookies on your website.